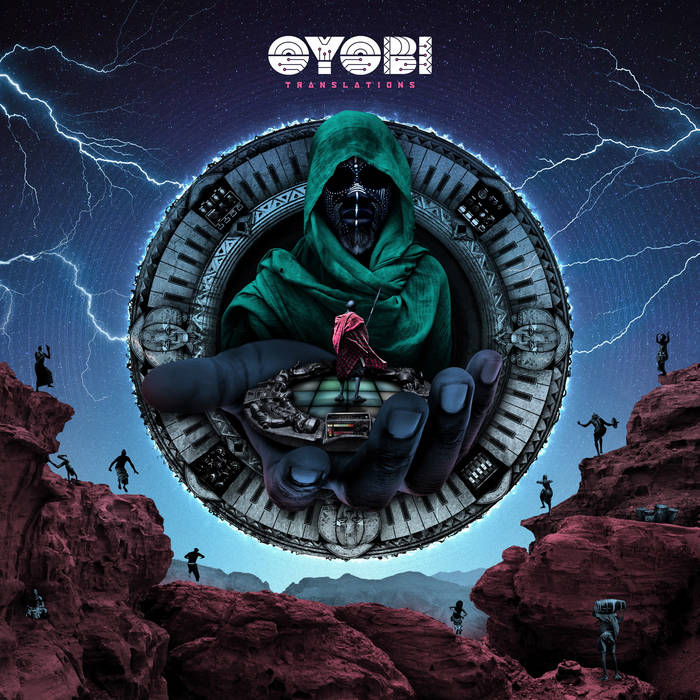 Oyobi is a musical project that explores the boundary between traditional folkloric rhythms and machine-based analog electronica with their debut EP Translations to be released July 26th 2019 through UK label Imagenes Recordings. Translations is not your ordinary global-latin-centric influenced production. It is deeper than that drawing upon the traditional elements of ritual music that has made an impact on founding member and principle producer Vincent Sebastian (percussion/drum machines/ samplers) currently undergoing his PHD thesis investigating the psychology of ritual and its application in modern music and art.
Vincent Sebastion is widely acknowledged as a cultural tastemaker instrumental in shaping the musical landscape of Sydney's live music scene. An original member of iconic Aria nominated world music band Watussi, Vincent Sebastian has toured alongside Santana, Los Van Van, Earth Wind & Fire and Sean Kutu, regularly playing festivals including Bluesfest, Vivid, The Opera House, Rainforest Festival (Malaysia), Bogota Festival De Teatro (Columbia), Ulsan Festival (Korea), Osaka Kokolo Festival (Japan) and Ku De Ta (Indonesia).
In addition to his musical repertoire, Vincent has composed music for film and documentary including Last Man Pictures and The Small Experiment, and produced for artists such as Roots Percussion Group, Tribalismo, and Sheba Williams.
The detailed sonic intricacies of Oyobi is also the creative ingenuity of world class bass player Adam Ventura and keys/synth player Danny Pliner aka Planeface. Adam Ventura is considered one of Australia's current leading bass players working with the likes of Ms Murphy, Guy Sebastian, Darryl Beaton Band, Jessica Mauboy amongst a collection of high tiered artist. Danny Pliner aka Planeface is regarded as one of Australia's nuanced keys player highly sought after by many musicians having played with artists including Wallace, Slum Village, Earth Wind & Fire, Snarky Puppy, Los Van Van, Regurgitator and Steel Pulse, and is now stepping out as a beatmaker in the world of production.
Translations combines elements of house, jazz, Latin, and broken beat with deep primordial undertones. They produce a raw and distinct integration of influences which seamlessly blends spiritual concepts with a dance floor sensibility, creating a unique sound that unites the groups musical and metaphysical interests. It is an ode to those that came before them, and who shape their paths in the present and into the future.
Like all folklore, narrative is as important as its raw sounds. Pa Los Muertos is a percussive offering to the timeless spirit of the ancestors, whilst Bate's narrative calls for the relentless beating of the ritual drum. Orunmila is an ode to the god of wisdom which is also amazingly depicted in the EP's artwork, and Yeye portrays the archetype of water.
Translations features guest artist, Los Angeles native violinist/vocalistextraordinaire QVLN heard throughout the EP evoking a synergy only experienced from energies created in that one moment. Such energies are never to be replicated the same way again, honoring spirit and honoring the masterful craftiness of their exceptional musicianship.

Bandcamp Daily  your guide to the world of Bandcamp

Guest hosted by Tamar Osbourn aka Collocutor and Toshio Matsuura.